Welcome to the 5.3 patch notes! A shortened version of these patch notes can be found in game.

There are some major code-related additions this patch! They are listed here.

"Committing crimes with both direction and magnitude!"

Vectors are a new code value type. Vectors are composed of X, Y, and Z components, and they are generally used to represent motion.

member when the 5.2 release was epic with a survival and all 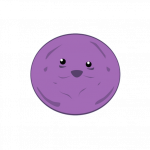 edit: this is now unpog cus feature remove >:(

Forget everything else this could be 5.3 in itself

Awesome! Now I've got to do some fancy particle stuff

Why was this removed, it was a good feature,
H

there's gonna be some angry person that bought mythic just to be able to use developer comments that's gonna come out of the woodwork and get mad about this update lol
Last edited by a moderator: Nov 18, 2020
You must log in or register to reply here.
Share:
Twitter Reddit Email Link
Top Bottom