Welcome hibao to the admin team! 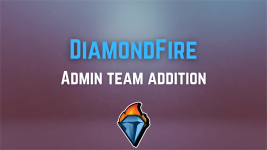 We are very excited to have @hibao aboard our admin team! Through awesome building, project management, and leading a build team and build project, hibao was confidently chosen to be on the admin team as a build team leader! A lot of the work has already been shown—the new Node 7 "Blossom" spawn was a massive build project led and managed by hibao and resulted in an astonishing build with a massive lore and background, and not to mention an alternate reality game that was embedded within it. Moreover, hibao will be leading more building projects like that in the future with the new organized build team!

Make sure to give them a big welcome!

With a newly organized build team, we now have the most active builders sanctioned by the admin team (hibao)—ever, which is neat and goes to show how much progress could get done. The new build team was organized and individually picked by hibao, and here is the list!

We all give a huge congratulations to them for the success of the last build project, and we are all excited for what happens next. As always, see you in the next post!
Click to expand...

I used to be an admin here from 2017 to 2022. Ex Community Manager and tickets team representative. I was also a web developer/article writer and worked as the events manager for some time. My earliest role in the team was staff manager.

i might swing around every now and then to say hi!

this is the greatest thing to ever happen

frog said:
this is the greatest thing to ever happen
Click to expand...

why do these connect in any way (chronologically atleast)

congrats! a little bit late though

frog said:
this is the greatest thing to ever happen
Click to expand...